SPONTANEOUS WISDOM ON A COLLEGE CAMPUS

Spontaneous Wisdom on a College Campus

As I stepped into the Mission Church at Santa Clara University a few months ago to honor the life of a popular, long-time campus leader who passed away recently, I found myself swept up in a vivid memory of this splendid Bay Area college campus, the oldest in California.  It was here that on the morning of September 11, 2001, the university president gathered members of the campus community—students, faculty, and staff—in this same sanctuary to ponder, reflect, pray, and try to gain some understanding of the unthinkable tragedies that had taken place hours before in Pennsylvania, Virginia, and New York.  I was a rising campus administrator at the time, eager to make my imprint in student affairs.  But at that moment 20 years ago, my mind was fixated not on my career, but on the magic that transformed a cluster of buildings and grassy quads to a place of ritual, growth, and belonging.  There was no place I would have rather have been on that day.

I can think of few places on earth that so elegantly bring together multiple generations than our college campuses.  From Generation Z to Modern Elders, these mini-cities create space for the interplay of wide-eyed learners with the scholarship, rigor, networks and wisdom of those paid to teach and mentor them.  Approximately 3000 college campuses dot the United States landscape with thousands more throughout the world.  These places are more than grades and lecture halls.  Their impact is broader than the cliched sage on stage, dropping intelligence to eager GPA-driven students.  In truth, our college and university campuses are places where people flourish and grow as much during the unplanned moments as they do within their academic majors.

Although our schools are built to ensure teaching and learning, their footprints also evolve to promote delightful impromptu collisions among their community members.  Student Centers with inviting seating areas, quads and grassy lawns with comfy Adirondack chairs, coffee shops with vibey music for study and chat, and libraries with sprawling open spaces for people to gather in groups—we call these “sticky spaces” in campus planning lingo.

I have worked on, consulted with, and toured nearly 100 campuses in the US, Canada, Australia, New Zealand, Europe, Africa, and the Philippines, and I can say that wherever I go, these sticky spaces create magical space for the serendipity that sweetens our lives. The late Stanford professor and theorist, John Krumboltz, coined the phrase “planned happenstance” to define the phenomenon that luck plays in our careers.  He argued that despite all our intentionality and goal setting, so much of our professional trajectories is less about our control and more about our skill at leveraging the surprises that land in our laps.  Planned happenstance occurs through chance encounters, unplanned detours, and on-the-fly introductions to people who can change our destinies.  College campuses provide the ultimate environments for such magic to occur.

But imagine these places devoid of the brisk pace of students dashing to class, or the pizza smell wafting from dining halls, or the late-night glow in the windows of dorms, or the cheers from athletic fields.  Academic life on Zoom rendered place unnecessary during Covid, and with the absence of place came the impossibility of chance encounters.  Thank goodness that our campuses are slowly being repopulated.

Today, I coach academic, administrative, and student services leaders on campuses throughout the world, and I appreciate the opportunity to do this important work from the perspective of a Modern Elder.  And I think back.  I think back to deep conversations with my first college sweetheart as we walked across the drill field at Virginia Tech.  I think of the heated discussions with student protestors at a job fair on UC San Diego’s library walk.  I think of delivering staff performance appraisals on the Loyola Marymount University bluff overlooking Marina del Rey and the Pacific Ocean beyond.  I think of the endless administrative meetings in a sterile, glass-encased conference room high up in the University of Melbourne’s “power tower.”  And I think of the many sticky places at Santa Clara University where planned happenstance afforded me clarity, savvy, momentum, and maybe even some wisdom.

Andrew T. Ceperley & Associates deliver a variety of integrated coaching, assessment, and strategic positioning services to colleges and universities and the leaders who transform them. 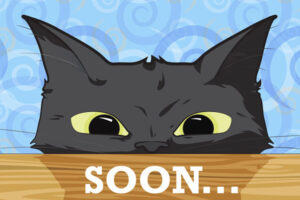 Reigniting Anticipation on Our Campuses: Have We Become Too Present?

Our cat, Dolly, sits peering through the window on a sunny day, tail wagging and eyes fixated on a particular spot outside. Dolly has something to look forward to. Do we?

Collective Emotions at Work: Four Reasons Why Our Rituals Matter Now More Than Ever

I write this just a week after I attended a very special virtual retirement gathering for a longtime friend and colleague, an award-winning professor of broadcast journalism at the University of Texas at Austin. As we lifted our glasses, I found myself considering the importance of ritual.

Wisdom Workers: Crystalizing Our Intelligence As We Age

I have been thinking a lot lately about the advantages of aging. Are we brighter, more self-aware, and more stoic as we age? And do we pick up more wisdom along the way that somehow infuses us with a sense of fulfillment?

Type and press Enter to search