Crystalizing Our Intelligence As We Age 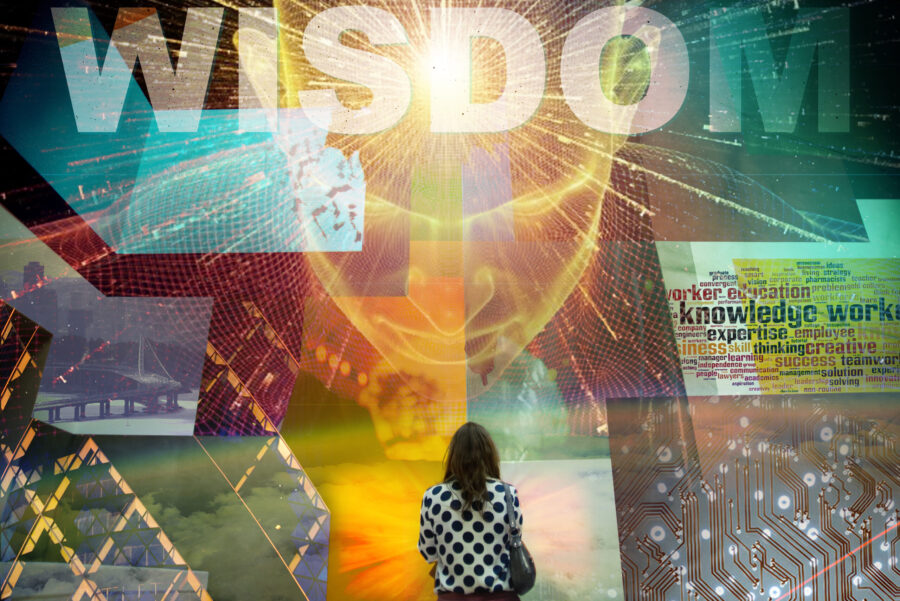 Wisdom Workers: Crystalizing Our Intelligence As We Age

I have been thinking a lot lately about the advantages of aging.  In fact, it is a topic of regular focus with my coach, CTI co-founder Karen Kimsey-House. Are we brighter, more self-aware, and more stoic as we age?  And do we pick up more wisdom along the way that somehow infuses us with a sense of fulfillment? How do we compete with what Chip Conley writes in his book Wisdom @ Work, “the mythic ideal of the youthful, hoodie-wearing genius leading the mark of progress to a glorious digitally utopian future?”

To start, we need to agree on what wisdom is. I don’t have a single friend who majored in Philosophy, but I know plenty of us who took our share of electives from the Philosophy department. Dusting off our lecture notes, we may recall that in Greek, philo means love and sophia means wisdom.  So, philosophers have a love of wisdom.

What’s more, according to the reference book, Philosophy in 40 Ideas, published by the London-based School of Life, any of us can exercise wisdom. Here are the top characteristics of wise people:

University of Pennsylvania professor and acclaimed psychologist, Martin Seligman, writes in Authentic Happiness that wisdom is a virtue, and it can be broken down into “the strength of curiosity, love of learning, judgment, originality, social intelligence, and perspective.”  New York Times cultural commentator, David Brooks, describes wisdom as a eulogy virtue as compared to a resume virtue. Brooks suggests that as we evolve from early success and its inevitable comparison to others we move into a more self-contained sense of success, one that is ethical, spiritual, and comparison-free. So, it feels like for many, wisdom does in fact emerge as we age, when we are fully baked.  Apologies to Millennials and Generation Z.

It’s more complicated, though. Sure enough, there may be a very good reason that tech superstars, product innovators, and the like often experience success before they are 40. According to research conducted in the 1940’s by psychologist Raymond Cattell, during the first half of our lives we are high on reasoning, analysis, and problem solving. This is called fluid intelligence. As we age, our intelligence shifts as we bundle together and create connections among the knowledge we gained in the past.  This is called crystalized intelligence, and it is at the core of wisdom.

From Crystalized Wisdom to Happiness

Research shows that a close relation to wisdom, happiness, also increases as we age. Ironically, it is when many of us experience the most professional success, when our fluid intelligence is running at full speed, that we are the least happy. Read that again. We may be LEAST happy when we are experiencing the greatest professional success. Often, we are subsumed by caring for children and/or supporting aging parents. We are also competing for recognition, promotions, money, and possessions. We are, in the words of my favorite Katy Perry hit, “Chained to the Rhythm,” or as one scholar put it, on the hedonic treadmill, where our accumulation of accomplishments begets more accomplishments and more accumulation. On and on it goes.

Whether you agree or disagree, one thing is without debate. We are all aging. There is no way out of it. It could be that as we move from our 40’s to our 50’s, and beyond, we become aware that our future is becoming constrained and that there is less to do or accomplish. So, we set goals that may be more realistic, a bit shy of scaling the mountaintops that kept us up at night when we were younger. We may be less traumatized by ambiguity and uncertainty.

It goes without saying that our colleges and universities have an abundance of crystalized intelligence. Think of it this way. Our ingrained tenure system and its commitment to the academic phenomenon of the professorial sage on stage spans the centuries. And the academic who successfully shifts from research, a fluid intelligence effort, to teaching, drawing on crystalized intelligence, often enjoys a long and fruitful career. This may explain why the majority of professors do not retire until after they turn 65. Many become masterful synthesizers of complicated ideas. They become older, and they become wiser.

Susan Terry—Chipping Away to Complete Perfection

Susan Terry is one of those leaders who brings a lot of positive energy into any room she enters. After 40 years of service as a career counselor, instructor, and university administrator, Susan threw a big party a year ago at her favorite deal-making watering hole a few blocks from Seattle’s UW campus. I stood there in the packed pub, along with many of her friends, colleagues, and family. I remember Susan scrambling up on the bar to deliver her remarks to an eager crowd. She quoted Harvard professor and writer for The Atlantic Arthur Brooks when she said, “What I need to do, in effect, is stop seeing my life as a canvas to fill, and start seeing it more as a block of marble to chip away at and shape something out of.”

Susan’s superpower through the years was as she describes, “my unbridled enthusiasm for the work, students, institution, and the ability to always see the potential in people.”  “I never settled for indifference,” she adds. Those words ring true for anyone who has collaborated with Susan.  Despite the harsh reality that a higher education career levels on us when our lofty desire to help people collides with ever-challenged budgets and a steady stream of campus drama, Susan has to me adopted a wisdom of optimistic realism. In her words, “Always pay attention to the rhythm of your unit, its morale and its laughter in the hallways.  Always check the pulse.  Always question.”

Pat Rose—Proceed as the Way Opens

I was a beginning career counselor at the University of Virginia and assigned to a new project to improve career support for graduate students. It was heady initiative, and I felt I had much to prove. So, when my boss flew me up to the University of Pennsylvania to benchmark with others working on the same problem, I was able to meet Pat Rose, a professional who emanated confidence, calm, and pragmatism. When Pat spoke, you listened. And listen I did as Pat demonstrated, year-after-year, that we can grow as leaders and over time make a significant impact on our campus.

For Pat, her crystallized wisdom comes from her knack for connecting her energy with a team who truly complements her. As Pat reflects, “I had enthusiasm, and my staff provided the creativity and the energy to get things done, which was symbiotic.” Pat also dove boldly into emerging technology that was reshaping the way career centers engaged with students and employers.

I flew to Philadelphia for Pat’s retirement event at Penn 27 years after I met her. She had served the university dutifully for nearly 40 years. When called to the podium to speak, she delivered her remarks with that familiar force, humor, and the same naughty twinkle in her eye as when I first met her. Pat reminds us how to proceed without clarity and with an appreciation of ambiguity.  Quoting a popular Quaker saying, Pat reminds “Proceed as the way opens.”

Few things in higher education test our grit more than the relentless administrivia that at times subsumes our days. As colleagues in the Division of Student Affairs at UC San Diego, Dr. Gary Ratcliff and I participated in more than our share of high-level division meetings. As Assistant Vice Chancellor for Student Life, Gary managed a vast network of staff and student employees. I appreciated his leadership over the campus university’s centers, those ever-evolving campus living rooms where the community ate, studied, celebrated and protested.

Like me, Gary has enjoyed the thrill of being the new kid on campus many times over, having served six campuses over 36 years before retiring just a few months ago. In Gary’s eyes, wisdom comes from “being humble, tuned in to staff, and willing to learn from mistakes.”  Most recently, Gary was tasked with preparing Colorado Mesa University for efficient and safe instruction in the midst of Covid-19. In his words, “the pandemic is the biggest challenge I have seen in higher education.” He adds, “Like all crises in higher education, it will pass.  Change is constant in higher education.”

Maybe that is why today Gary is capturing moments of beauty through his business, Ouray Image. His professional photography of sweeping landscapes in Colorado have become highlights in my Facebook feed in recent years. Perhaps Gary’s wise advice to young professionals mirrors his own journey to wisdom, encouraging them to “identify what feeds their spirit.”

Wisdom in the White House

Here in the United States, we will inaugurate our 46th president in January. Joe Biden will be the oldest first term president in this country’s history. He turned 78 last week. May all we have learned about wisdom inform his leadership and the leadership of those around him. We are getting wiser.

Andrew T. Ceperley & Associates deliver a variety of integrated coaching, assessment, and strategic positioning services to colleges and universities and the leaders who transform them. 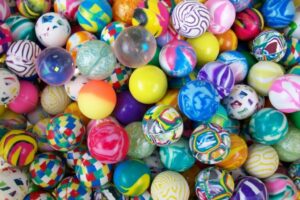 Resilience: there is no better classroom than the one in which all of us are learning today — socially distanced, masked, and eager to shape a hopeful future. 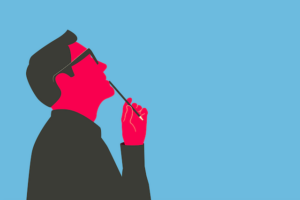 According to the Chronicle of Higher Education, the American college and university workforce has shrunk at least seven percent since the onslaught of Covid-19. And the 2020-21 academic year does not look any more promising. 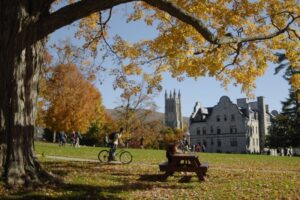 Bright and Shiny: Fully Experiencing Your New Role on Campus

You may experience the full spectrum of sensations, from a high of euphoric “what could be” to a low of problems that were not addressed before you arrived.

Type and press Enter to search